Windows of three banks got smashed 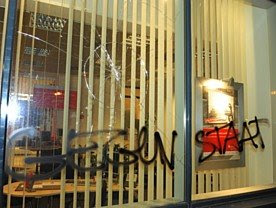 „we are not rebellious and keen to resist only on the 1st of May, because we recognize the necessity to change the existing conditions from their fundaments.
Towards a life, which is worth of living for everybody.
That is why between the 27 and 28 of April we destroyed the windows of three banks, sited in the Greifwalderstr., Heinrich – Heine – str. and Alt – Moabit, and paintedslogan as well.

Smash capitalism!
Against State and Capital!“ 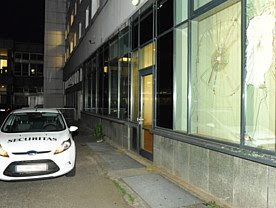