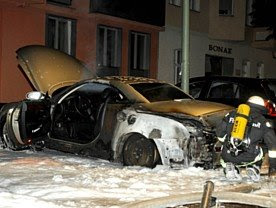 In the early hours of Monday morning, it came again to act of damage which can be clearly linked to political motivations.
In the night to yesterday a Lexus got burned in Wilmersdorf, the arsonists could escape unknown. 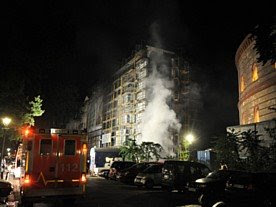 Two hours later, the fire brigade had to extinguish a fire in the Fichtestraße, Kreuzberg.
The scaffolding of a building where expensive Lofts are being build, got set alight.
The building had been already attacked by Autonomen during the past with stones and color. 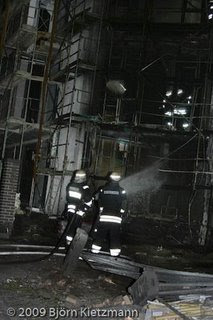