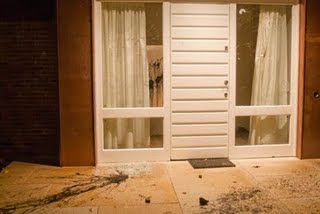 Unknown persons arsoned the private car of the boss of a publicity company, Jung von Matt-
The former senator for the environment Fritz Vahrenholt saw his house attacked with paint.
It is about a RWE campaign.

The company of Jung von Matt produced a publicity spot for the energy company RWE.
This company is involved in the business of renewable energies, especially eolic one.
The fact that 14 police looked out for authors of the attacks, which they claim to have been professionally coordinated, did not brought any results.
The authors made a clear manoevr to distract the police by makin an anonymous call and telling them about a burning car in another city district.
The police is sure that RWE publicity is the reason of the attack.
This publicity is since weeks object of critiquing. 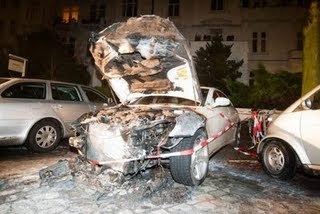 In fact despite giving itself a a producer of clean energy, the latter is only the 2% while the rest comes out of nuclear energy.