House of the German Economy damaged 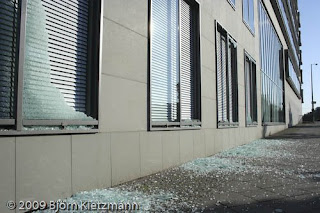 a short version of a claim which reached us, complete translation follows...

„As back in 1974 the RZ (note of the translators: Revolutionary Cells, a network of underground militant cells fighting in Germany for social revolution between the 70's and the early 90's) did already, on the 07.06.09 we attacked the NEST of the

sited in Berlin/Breite Str. 29/ making a few holes and marked them with color.“

„We see our action in the context of the action day against War, Capitalism, Racism, Sexism and Displacement called by the Wir Bleiben Alle! Campaign“ 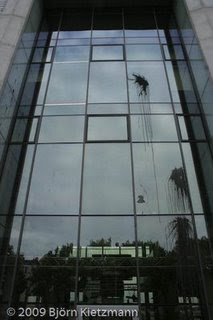