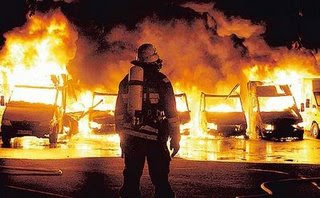 „In the night of the 10.06.09 we let disappear a few DHL cars in Berlin – Tempelhof.
This action is our contribution during the WBA action days to the DHL (German Army Logistic) campaign under the slogan „war to the war“. The DHL campaign was born in connection to the mobilization against the Nato summit 2009 which took place in Strasbourg.
Therefore enflamed greetings to the prisoners after the Nato summit in Strasbourg“

Afterwards it follows a call to the DHL campaign which you can find under the adress: www.dhl.blogsport.de 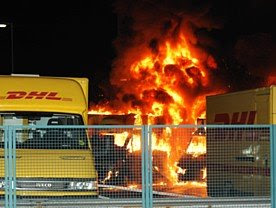