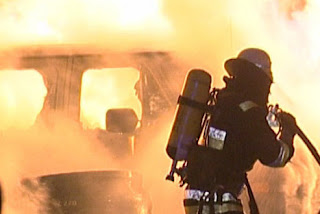 It is dangerous for cardrivers to park in Berlin.
Just a night before new year's eve, several cars went on flames in three different distrcits of thw city. No trace of responsibles, state security investigates.

Unknown persons set up seven upperclass cars in flames. In the districts of Mitte, Friedrichshain and Prenzlauerberg, about 15 cars have been therefore damaged. 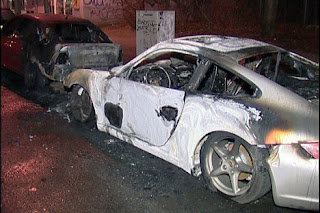 Also in the Kastanienallee a car was set on fire, damaging a car parked nearby. In the Seumestr. and in the Krautstr. in Friedrichshain, two ore cars went on flames, damaging one other parked nearby.