Stones against a neonazi shop 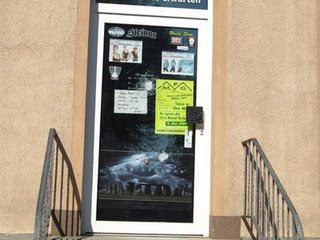 In the night from the 2 to the 3 of May, probably antifascists undertook an attack against the neonazi shop „Fashionstore Weissfolg“.
The windows of the door and a further one have been rendered nicer by stones
The reason behind the attack is probably the fact that the owner, Enrico W., sells since longer there the neonazi trademark „Thor Steinar“.
By this action should be made clear to him, that he can not think to sell right wing chich stuff without consequences.

Neonazi shop to holes in the ground! 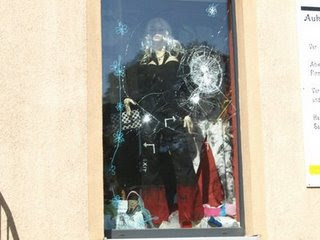