Protests against a neonazi demonstration – trashbins set on fire, a neonazi car burned 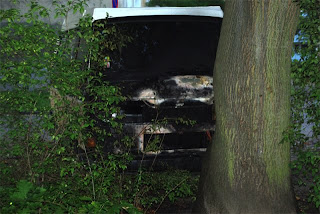 At the end of their demo while the other neonazis left by train, around 30 of the local neonazis got escorted until in front of their doors by policevans.