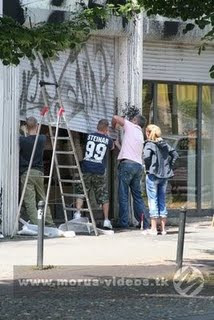 The action of today is again a good example of how a coming together of different action forms can destroy the daily business of this neonazi trademark.