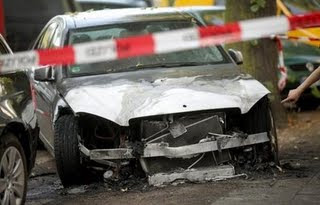 A series of arson kept Hamburg's police and fire brigade in alarm.
Between 3 and 3.10am, nine cars burned in six different parts of the city.
The damages are of several tenthousands euros.
The arsns were directed against luxury cars and one of property of the publicity company Jung von Matt.
A mercedes of this company went on flames. Already in 2005 unknown person set the private car of the advertising man on flame, just in front of his villa in Harvestehude.
State security investigates.
In one of the spots, the fire reached a house next to the car on flames, windows exploded because of the fire, declared the police, but nobody got injured. 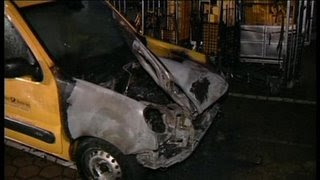 The police leaves open any speculation about the fact that the deeds could have been committed by autonomen preparing for the upcoming Schanzen fair. 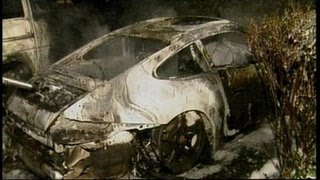