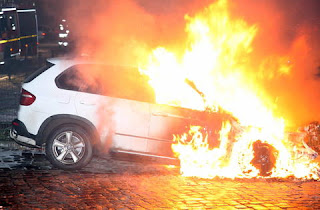 The series of politically motivated arsons on cars keeps on going also in the new year.

In the night to sunday, two upperclass cars have been torched in Friedrichshain. In the Pettenkoferstr. a mercedes SLK went on flames shortly after midnight. Around 2am, another car, a BMW X5 went on flames around Frankfurter Tor. The state security took up the investigation. 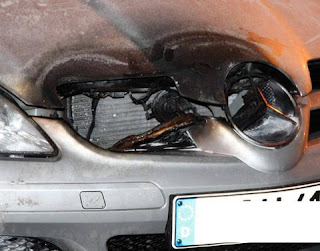 Within last year, the police registered 87 politically motivated arson attacks, from which 67 have been on cars. About 98 cars have been damaged on the end from such arsons.