Attack against the villa of Stefan Aust 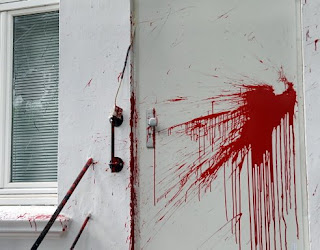 On thursday night, unknown persons threw bottles full of color against the private house of the family Aust, some windows broke down but nobody got injured.
Afterwards, a communique' appeared. Within the paper which reached the „Hamburger Morgenpost“ one declared:“ The movie is a continuing of the lies and history's twisting of Stefan Aust. We want to dedicate this attack to all the comrades whose dignity has been dirtied through this movie“. (Stefan Aust wrote the book on which the new movie about the RAF has been based on).
One police spokeperson confirmed that the communique' is not a fake.