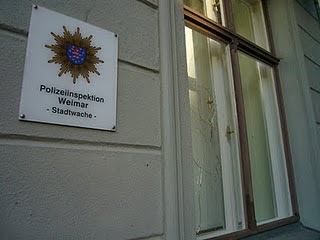 Arsonists tried to burn six cars, of which two burned completely while the others got only partly damaged.
The night before, an arson attack has been undertaken against the police station.
Unknown persons broke some windows with stones and tried to cause a fire by exploding fireworks inside.
Witnesses speak of seven – eight persons running away.
In internet one could read a claim „Greece is everywhere! Today the police station has been attacked because of the rage for the assassination of Alexis which took place one year ago.“ 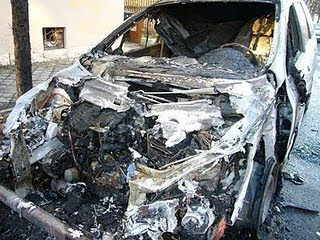