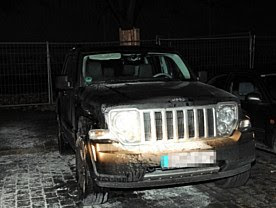 „five candles
during christmas we got rid of five yuppies cars. For a different christmas, the gnomes.“

From the press: five expensive cars got burned in the districts of Mitte, Prenzlauberg and Kreuzberg, some of them have been set alight in the late afternoon. 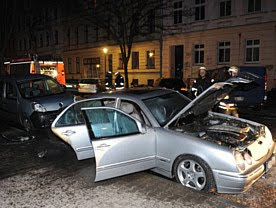